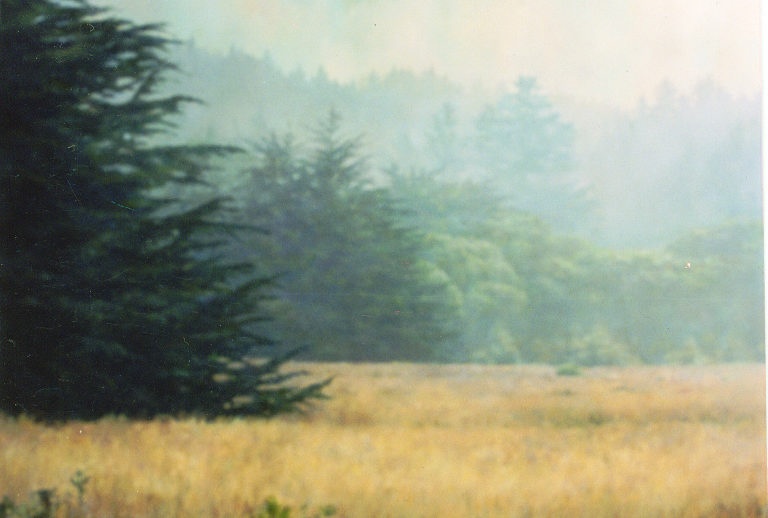 Turning the mind from outside concerns and looking within, we discover that there is nothing concrete to lay hold of — only a stream of impressions, images, thoughts and feelings, constantly arising and disappearing, within what can best be described as “emptiness.”

There is no one sitting inside, similar to a passenger in a car looking out the window, that can be positively identified as a separate “self,” distinct from the passing view.

It is not just like that internally, everything in the external world, animate and inanimate, is the same way — essentially empty.

Take the example of a tree. If all of the constituents that make up a tree are taken away, such as the roots, the trunk, the bark, the branches and the leaves, would we expect to find a “tree” inside of the tree?

Of course not. “Tree” is something that is put on it from the outside, to distinguish it from other objects.

A human being is much more complex than a tree, but like that example, if all of the internal and external elements that manifest as an individual person are taken away, the physical body and brain, along with seeing, feeling, thinking, and so forth — in other words, the entire movie, which is experienced moment to moment, if all of that is taken away, all that is left is emptiness. There is nothing that can be separated out from those phenomenal characteristics and identified as an independent self.

The usual concept of self, the “I” who did this, who wants that, who experiences things, is just that — a concept, a collection of thoughts centered on an idea.

Of course the idea of a separate self, distinct from others and the surrounding environment, is a very useful, even necessary, concept. But it creates problems because most of us get attached to a concept of self as something concrete and definite, even though it is constantly changing and there are often several different versions of it. If someone insults this construct that’s regarded as an individual self, the usual response is to get upset, and when someone praises it the result is happiness and a feeling of well-being.

Talk about building a house on sand!

This idea of an independent self is not something anyone is born with. It is laid on us as we develop, first by parents, then by interactions with other people, until eventually we identify with it, not just as an idea, but as an object in a world of other objects.

Everyone has an experience of a life that is uniquely their own. When someone tastes honey, they alone know whether it is sweet or not. If they had never tasted it and someone tried to describe what honey tasted like, that description would not be nearly as meaningful as actually tasting it. That is the immediacy of life. But it’s an immediacy that gets lost in all of the ideas that are developed in regard to life, most significantly ideas of a separate self.

Some forms of meditation entail simply watching what comes and goes, such as thoughts and feelings, without interfering. What no one seems to notice, is that it is technically impossible to watch something, especially thoughts.

If a thought comes up and we “watch” it, we’re not actually seeing that thought as it occurs, but an instant afterwards. First there is the thought and then there is another thought in which the previous thought is seen, as if in a rearview mirror. Why? Because we ARE each thought. There isn’t a separate entity that can watch when a thought actually occurs.

Because it is impossible to have a thought while watching it, a good way to put a stop to thoughts is to simply “watch” them.

When completely relaxed or half asleep and images spontaneously arise and disappear one after another, it might appear that we are watching them, but if we really look, we realize that we are each image as it appears. We are also the thought of watching when that occurs. That is the immediacy of life.

With each experience, we are the experience, nothing more. Smelling a rose, we are the rose — the fragrance, the color and the lovely shape. However, because concepts and ideas are entertained, not only of a separate self who smells the rose, but of the rose itself and of smelling and seeing as well, something extra is added to the experience.

So, someone might think, “Oh my, I have to prune and feed the roses. The year is going so fast, I’ll never get every thing done by summer. I wish…” and so on. Another, less real, layer is added to life. We are no longer a life, but a story line. There is the thought of a self, separate from the rose, separate from the experience of seeing, smelling and thinking, separate from everything. Separate from life.

Each individual has a unique experience of life, which in the final analysis is what gives us a sense of a separate existence apart from everything else. Life is, nonetheless, constantly moving and changing. There is nothing that is permanent — there is only emptiness. That is who we are.

Every life arises and disappears within emptiness, and cannot be separated from it. Thus emptiness is not really empty. We are empty, but within that emptiness are all the experiences of life, moment by moment, one thing after another, like a flowing stream or a movie.

Emptiness can be referred to as the “host,” and whatever arises within it is the “guest.” At an inn the guests come and go, but the host remains.

There’s a story from ancient India that illustrates what it is like to realize that there is no permanent, separate self. A man was walking in the jungle at dusk, when he saw a snake on the path ahead. He froze with fear. As he leaned forward and looked closer, he suddenly realized that it was just a piece of rope. All his fear vanished and he breathed a sigh of relief.

At first glance, there might appear to be little comfort in emptiness. But, ironically, the ultimate feeling of security and self-confidence is the realization that there is no self that is separate from our life and vulnerable to the insults and tribulations inherent in a transitory existence.

When life is viewed from the standpoint of emptiness, each experience is seen as arising within emptiness and going back into emptiness. If there is a crazy, self-centered thought, it is seen for what it is, empty, and it isn’t allowed to continue. There are still all the usual problems, but they have less power over us, and we can take control of them. There is more inner clarity and less reactivity to external circumstances. Life becomes lighter and less burdensome.

True emptiness cannot be predicated or grasped intellectually, because it has no attributes, no sides or bottom, no beginning or end, no shape or form, and no location. Emptiness cannot be picked up or put down. As soon as it’s brought up in words, it leads to complications. Even though it is not a separate “thing,” emptiness can be experienced, and in a sense, “seen.” It is often equated with consciousness, but both consciousness and unconsciousness are transitory, they arise and disappear within emptiness.

In emptiness there is not only no self, but no other as well. Thus in emptiness we realize that we share our most basic nature with everything else — that our “self” is not a separate entity but is intimately interconnected with all of life. Thus if we harm others and our environment we are harming ourselves. That is the deeper meaning of the universal Golden Rule, to “do unto others as you would have them do unto you.” Because they are you. It is also the basis for true compassion.

Although the word “emptiness” is inadequate, it at least has the virtue of being somewhat descriptive of how It is most directly accessed. Emptiness is experienced by being completely empty, because inherent nature is also empty. This is not an escape from the world. On the contrary, it’s being open to the incomparable illumination that manifests as our life.

Detached from appearances, unmoved, immediate and true,
All things are like a dream, a phantom, a shadow,
A bubble in a stream,
Or a flash of lightening.

Past and future are often thought of as if they were real places existing in space, like East and West.

That is the horizontal view, where the self is seen as an entity moving through time.

Thus there is talk of time travel, as if one could just motor over to the future or back to the past, like a trip to the next county.

Thus it can be said that the present is all there is and within this present moment there is no actual past or future — just constantly changing phenomena, that, fortunately, follow natural laws of cause and effect, duration and continuity, and which, although infinitely complex, can be studied and understood logically.

Observation of changing phenomena is what creates the illusion of a past and future, when in fact everything occurs in the present moment.

If the constant flow of change, which produces the sense of time passing and of a past and future, is the “horizontal,” then the present is the “vertical,” which cuts through it.

When we can step back, completely relax into this present moment, and let go of passing phenomena, including our own thoughts, then everything is naturally resolved and it is like finally returning home.

In that moment, even though birth, old age and death appear, there is essentially no change whatever.