I often have a hit or two of marijuana (cannabis) from my vaporizer before doing hatha yoga and working out a few mornings each week. I’ve found it makes exercise much more interesting and enjoyable. In fact it goes well with any physical activity that doesn’t involve a lot of linear thinking, including sex — solo or otherwise. Marijuana is legendary for stimulating Shakti, the psychic/sexual energy cultivated in some yogic practices.

I recently threw the I Ching about my use of marijuana, which is starting to look increasingly like a habit. I got the hexigram The Army (number 7) with a change in the third place. That third line (read from the bottom up) essentially denotes a situation where someone other than the designated leader has taken command of the army and is, so to speak, in the driver’s seat. This indicates to me that perhaps I’m getting to a point where marijuana is using me more than I’m using it.

Some shamans warn that marijuana is a powerful spirit that will take you over in order to get you to propagate it. This is not unusual in the plant world. Obviously plants cannot move around much when it comes time to procreate and have sex with each other, so they often depend upon insects and animals to act as intermediaries. The most common method is through providing sweet honey for bees, who in the process of collecting it for nourishment carry pollen (sperm cells) from flower to flower. 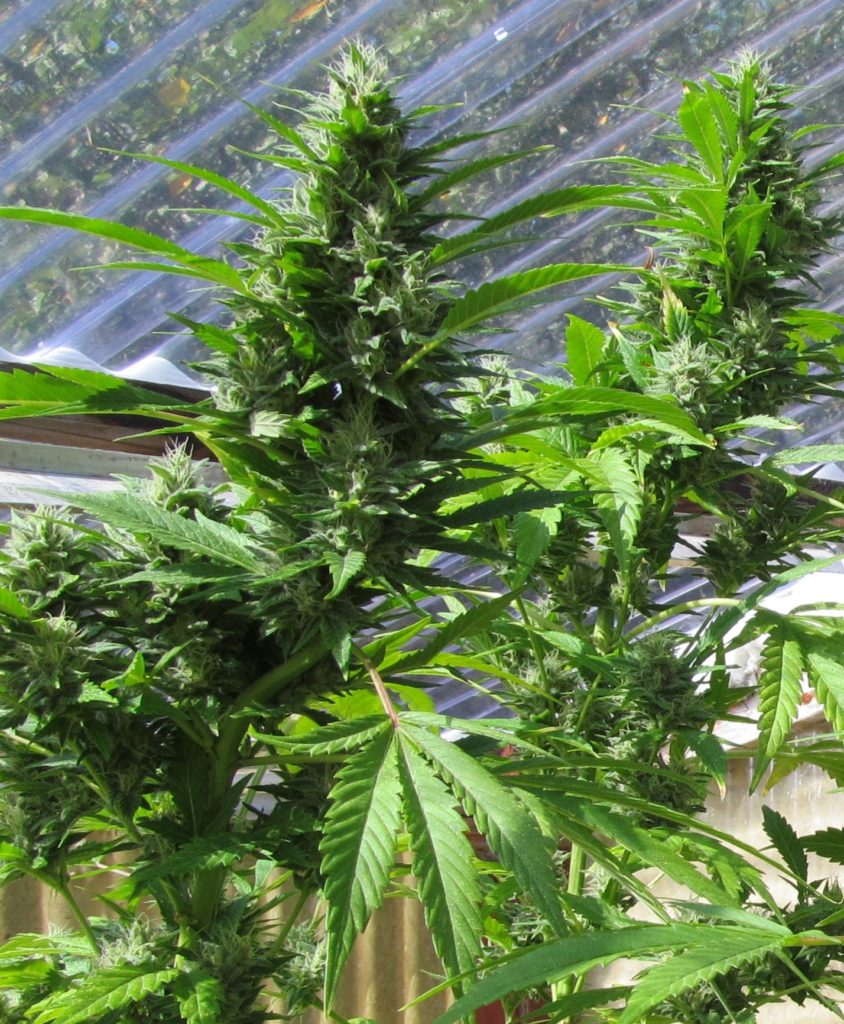 Plants such as cannabis, that depend upon humans for procreation, take this process to another level. Opium poppies not only provide people with relief from pain, they are so addictive that the human host soon gives up everything else in order to do the plants bidding. Cannabis is much more benign but should still be treated with respect and some caution. Like with alcohol, I try to keep my marijuana use within bounds.

Despite that reticence I started propagating the plant early on. As a gardener it’s hard to resist a species that is so responsive to the hand of man.

It rewarded me generously. Although I was very cautious about growing marijuana when it was highly illegal and the penalties harsh (which only made the price go up), after it was made legal for “medical use” in California I enlarged my little greenhouse to what is still a relatively small size (about 10ft by 14ft). After drying and trimming my harvest I’d take a few pounds down to one of the dispensaries in San Francisco (usually in a “bad” neighborhood) and come out with thousands of dollars in cash — a wad of bills that would choke the proverbial horse. Some dispensaries actually dispensed with counting money and for expediency simply weighed the bills on their sensitive electronic scales instead.

Aside from the extra income, growing cannabis was a fascinating hobby. I read up on genetics and developed my own varieties, cloning outstanding specimens repeatedly — most notably “Moongoddess,” a potent Indica redolent of licorice and barnyards, which was especially stimulating sexually.

After about ten years that window began to close. With the housing crash and the resulting recession, so many folks started growing marijuana that the price dropped considerably. The medical market was flooded with bud and it became difficult for a small grower like myself to compete. With the recent legalization of cannabis in California that situation has only gotten worse (or better, depending on your point of view). Now I just grow a couple of organic plants every few years for my own enjoyment and watch with some trepidation as capitalism goes crazy over the possibilities of “cannabusiness.”