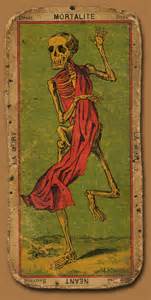 The other day I found a lump in my left testicle. Big enough to almost feel like a third nut. As usual I was unable to get to a doctor right away. Such things always occur on weekends or when I’m on vacation.

I don’t know that I’d qualify as a hypochondriac. I rarely worry about my health during normal times. But when something like this comes up I can’t resist thinking the worst, the most extreme scenarios. I imagine being rolled on a gurney into surgery with my family gathered around for the last moments. I invariably wish I’d cleaned up my studio and thrown out the stack of unfinished or substandard paintings so that no one would be burdened with deciding what to do with them after I’m gone.

If positive or negative thoughts really had the power some folks ascribe to them I’d have been dead long ago.

As I’ve grown older I try to think of death more often. It seems like a good thing to finally come to terms with in one’s seventy-fifth year. In some traditions meditating with dead bodies in charnel grounds or graveyards is highly recommended. I remember, when I was quite young, someone at a zen center suggested meditating on death. “What a downer,” I thought.

The only time I can seriously get into the fact of death is when a health issue arises and I go off on my negative imaginings. I’ve actually come to savor those moments. Nothing focuses the mind like facing the fact of one’s eventual demise.

The inevitability of death is rarely taken seriously. If it was, most of us would be paralyzed with anxiety and unable to function. It appears that nearly everyone is operating on the assumption that death doesn’t really exist for them. This could be the result of massive repression — or a subconscious, intuitive sense that death is not the entire story.

Birth and death, like before and after, past and future, can only exist in the present moment. Not anywhere else. That’s where birth and death both occur.

People wonder where they “go” after they die. Where else is there?

I just got a call from the doctor after going in last week and having an ultra-sound. The lump in my testicle turns out to be a harmless ball of fluid that can build up there — not uncommon. I’d already researched it on the web so I had a pretty good idea what it was. That information was a mixed blessing, since it cut short my serious meditation on the inevitability of death — pretty intense and productive while it lasted. But I’m sure the opportunity will arise again.