It is not I who seek the young fool;

The young fool seeks me. 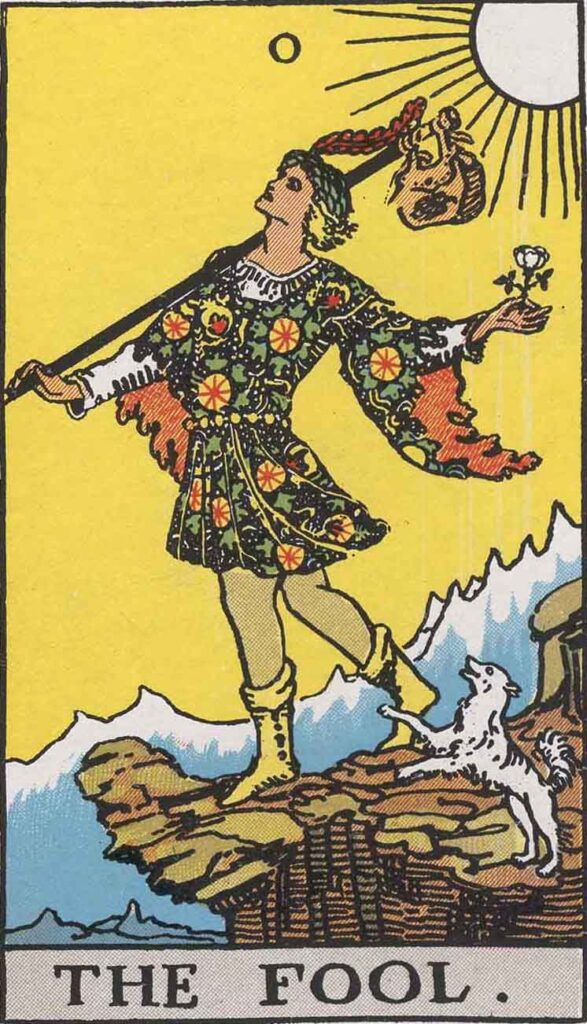 When I was living in San Francisco’s Haight Ashbury in the 1960’s, a fellow showed up at my door with a manuscript  entitled “How to Meditate.” He heard I was into meditation and wanted me to read what he’d written.

I asked him how long he’d been practicing. “Two months,” he replied.

The desire to teach after practicing meditation is not unusual. I’m not above such behavior myself, although the longer I practice the less sure I am that I want to assume responsibility for instructing others on a subject I have yet to completely master myself. Regardless, I still can’t resist the urge to pontificate, even when my advice has not been sought — and here I am, writing about it again.

Almost all my experience with teachers (or “masters” if you prefer) has been within the zen school of Buddhism, a sect in which teachers play a significant role and around whom there has developed a special tradition and mythos.

It should be noted that I’m not a teacher myself, nor am I currently training with one. In fact I’ve never really been a committed “disciple” of a particular teacher. That’s partly because the first teacher I practiced with, Shunryu Suzuki, died rather early, and frankly, after him other teachers have inevitably seemed lacking by comparison — either too intellectual, too undisciplined, too egotistical, or whatever. But I have trained and practiced with many different zen teachers over the years, almost all of whom are also now deceased.

Suzuki interpreted a lack of commitment to a specific teacher and a formal religious group to be the result of an excess of self-importance and conceit, since such a commitment entails a degree of voluntary dependence and subjugation of ego. While there’s certainly some truth to that assertion, my own reticence is also the result of a general distrust of authority figures and an idealization of democracy, as well as a certain ambivalence in regard to the actual form of zen that has been transported to these shores from Japan.

Aside from meditation (zazen), the basic ingredients of Zen Buddhism are a teacher (Buddha), the dharma (teaching), and a sangha (fellowship of practitioners). The “dharma” is more than just a teaching as recorded in books and sutras, it’s seen as the Mind of Buddha, the “true form of no-form, transmitted outside of scriptures and beyond words or phrases.” It’s said to have been passed down from master to master, Buddha to Buddha, since the historical Buddha, Shakyamuni, bequeathed the “dharma eye” to his disciple Mahakasypa more than two thousand years ago on Vulture Peak in India.

Most scholars consider an unbroken line of dharma transmission, extending from the original Buddha to teachers in the zen school about a thousand years later, to be a myth manufactured to lend legitimacy to Zen Buddhism and its teachers. But in practice, whether or not it’s a physical fact of history is irrelevant. Apparently the dharma transcends past, present and future, as well as all other conceptualizations and projections. It’s an exceptionally slippery item, that can’t even be said to exist in the usual way most objects of awareness are said to exist.

Thus the dharma isn’t really “transmitted,” like passing a basketball from one teammate to another. Rather, the teacher simply verifies that the student has actually experienced the truth of what has always been within everyone, without exception. The only difference, which is huge, is whether it has been fully realized.

A teacher is usually considered indispensable (especially by teachers themselves). But, although they are not absolutely necessary, a teacher and a sangha can give rise to a meditation practice with depth and commitment, which would otherwise be halfhearted and superficial. Good teachers give vital feedback, correcting the student and pointing out the way with encouragement and inspiration.

One of the unique features of zen practice is “dokusan” or “sanzen,” personal meetings between student and teacher. In schools that use koans, “public cases,” to address issues encountered in meditation and stimulate intuitive understanding and breakthroughs, such meetings are obligatory — brief, formal encounters several times a day during meditation retreats, usually with the teacher saying, in effect, “no, no, more zazen.”

Since words and concepts cannot adequately express the insight that comes with long practice, genuine realization needs to be confirmed by someone who has already received verification in the past from another similarly enlightened teacher. In other words, in zen, it takes one to know one.

Such a system of mind to mind, face to face, accreditation and empowerment, while imperfect, is preferable to the alternative — where anyone with sufficient charisma can set up shop as a Zen Master, even if their actual insight is still undeveloped. Then they are not only fooling themselves but others as well.

Even with relatively accomplished teachers who have been given authorization and “transmission,” problems can arise, as we’ve seen with the scandals involving teachers who took advantage of their position to sexually or financially exploit followers.

Buddhism developed in feudalistic societies where the authority of masters and rulers was absolute and unquestioned. Zen Buddhism was imported to the West basically unchanged. Even the liturgy is often left untranslated and chanted in Japanese.

When such cultural accretions are combined with the contemporary worship of celebrity, things can really get out of hand. As word spreads, a teacher’s reputation feeds on itself, and his persona takes on ever more mythic proportions.

Disciples are encouraged to view the Master as the Buddha Himself. Criticizing him or pointing out his mistakes is discouraged. I’ve been amazed at the lengths some students go to explain away their teacher’s shortcomings. When he does something stupid or corrupt it’s a “teaching” to cure his followers of “attachments.” He can do no wrong.

It’s claimed that the outsized respect accorded Zen Masters is not about their individuality but is directed at the “Dharma” which they hold in their persons. But separating the two can be tricky. It’s also said that without the aura of reverence surrounding teachers, students wouldn’t take them seriously enough to follow their instructions.

I recently read one zen teacher claim that transgressive teachers were just not fully enlightened — the implication being, not only that he is, but that there’s such a thing as an enlightenment so complete that it erases all the individual warts and wrinkles, desires and bad habits.

For the most part, the first generation of zen teachers in the West were from Asian countries. Given their cultural and racial characteristics it was easy to view them as special and different from us regular folk. Now that many of the current crop of teachers are not so foreign (once their robes are off), it’s easier to see them simply as ordinary individuals whose extensive practice and experience in meditation equips them to guide students on the path to personal realization.

There’s also been a trend towards more democratization in zen. The San Francisco Zen Center is a good example. After it’s celebrated founder died, his designated successor was accorded the same deference, which he managed to abuse in dramatic fashion. After considerable turmoil they evolved into a more democratic organization with rotating abbots and multiple teachers.

I got involved with one zen center shortly after the teacher, for personal reasons, left the center. His followers reminded me of a litter of whining kittens who had been abandoned by their mother. But along with a few others, I saw it as an opportunity to establish a truly democratic sangha. One member who was a wood worker even made a round altar for the middle of the zendo (meditation hall) to replace the one-sided traditional altar. In lieu of talks by the teacher, we invited various other teachers to speak. Since the center had a nice piece of property, with a good sized zendo and a house for residents, we were like a rich widow with many suitors. We attracted a remarkable array of teachers and gurus from various traditions to speak at the center. One Korean zen teacher even felt obliged to bring his own elevated platform to his talks, rather than sit at the same level as the rest of us.

However, without a teacher to bring everyone together, factions and discord developed, along with a subtle tension as some individuals vied to position themselves as leader and teacher. Eventually the experiment was abandoned and we asked a larger center in the same school to send a transmitted teacher to take over. When she arrived, most of the older members of the group, myself included, promptly left. But with a teacher in charge, before long that zen center was thriving better than ever, with many new younger members joining the sangha.